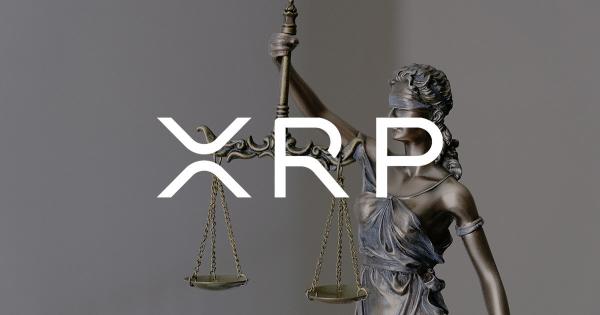 In an attempt to determine how much money Larsen and Garlinghouse had obtained from the sale of XRP, SEC’s lawyers sent subpoenas to six different banks asking for the executives’ financial records. Ripple, in response, filed a motion alleging that the regulatory agency was “wholly inappropriate overreach.”

Interestingly, Magistrate Judge Hon. Sarah Netburn denied the SEC access to Larsen and Garlinghouse’s personal banking records. She affirmed that obtaining such information was not “relevant or proportional to the needs of the case.”

“The SEC has not presented any evidence the individual defendants have hidden transactions or that the documents produced to support an inference of hidden transactions… The SEC’s belief that the individual defendants’ banking records might show evidence of a speculative transaction that could have occurred is not a foundation on which to order expansive discovery into personal financial accounts,” said Judge Netburn.

The ruling in favor of Ripple was well received by investors who seemingly rushed to exchanges to get a piece of XRP. The spike in buying pressure saw the fifth-largest cryptocurrency by market capitalization rise by nearly 38% in the past 24 hours.

Despite the significant gains already incurred, one of the most prominent analysts in the industry believes that XRP has more room to go up.

XRP could go a “boatload higher”

According to 40-year trading veteran Peter Brandt, XRP has broken out of an inverse head-and-shoulders formation that developed on its weekly chart since May 2018.

After moving past the pattern’s neckline at $0.65 on Apr. 5, the altcoin surged by a whopping 120% to recently hit a new yearly high of $1.41. Further increase in buying pressure around the current price levels could push XRP’s price by another 160% towards a new all-time high of $3.55.

In case you trade this (I don’t)
Coin is enjoying SEC ruling and the madness of crowds
Weekly chart H&S patterns are too often not to believed. But sometimes they come true.
This possible inverted H&S with stunted RS would indicate prices a boat load higher (new ATHs). $XRP pic.twitter.com/TQdEV5j8Dv

Regardless of the optimistic outlook, Ripple’s legal uncertainty suggests that anyone trading XRP should keep tight stop-loss orders to avoid potential risks.