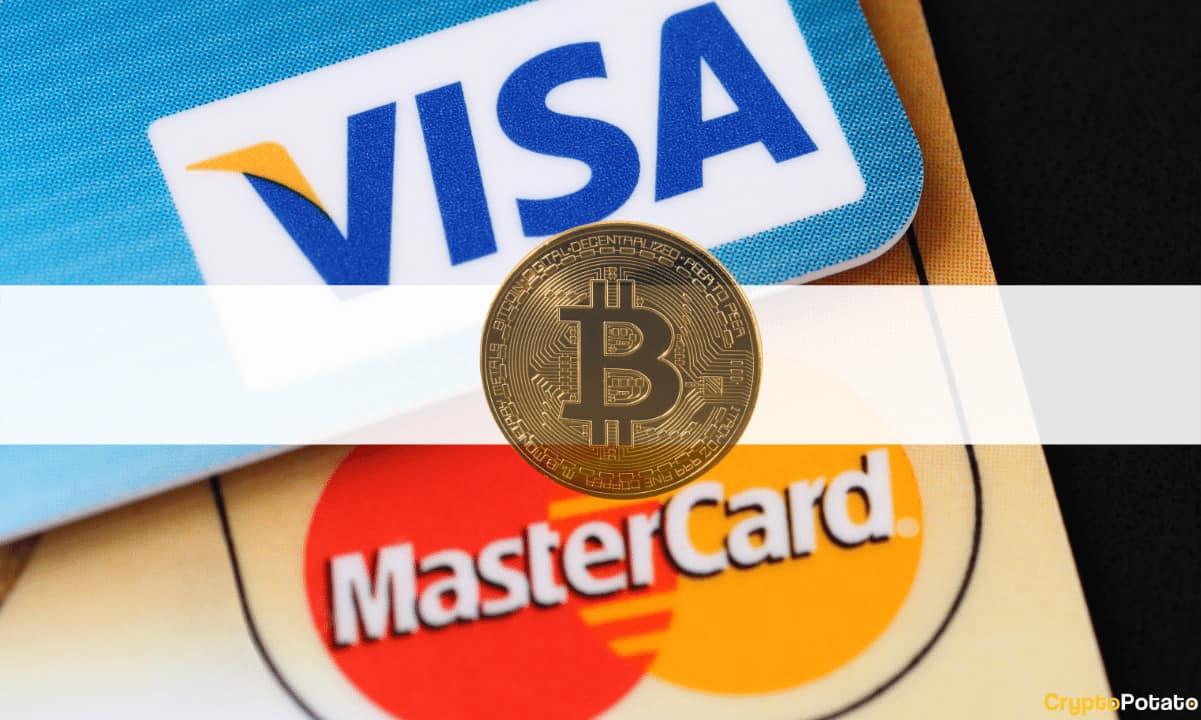 Apart from surpassing the $1 trillion level, bitcoin’s market capitalization is now worth more than two of the largest financial service companies – Visa and MasterCard – combined. Moreover, BTC’s market cap is also higher than several of the largest US-based banks, including JPMorgan, Bank of America, and Citigroup.

Bitcoin Above Visa and MasterCard

The previously referred to as “magical internet money” has been on a mind-blowing bull run since early October when it dabbled with $10,000. In a matter of months, the asset’s price skyrocketed more than six-fold. Naturally, it also impacted the cryptocurrency’s market capitalization, which is well above $1 trillion.

On its way up, bitcoin’s market cap surpassed those of notable names such as Netflix, Walmart, Samsung, Alibaba, Berkshire Hathaway, Tesla, Facebook, and more.

While the community anticipates another run that could take down Google, it’s worth comparing BTC’s rise with some of the most well-known financial organizations, as bitcoin is a financial asset intended to be a peer-to-peer electronic cash system.

Namely, those are the giant US multinational services corporations Visa and MasterCard. According to AssetDash data, Visa is currently the 13th largest asset by market cap with $490 billion, while MasterCard takes the 18th position with $374 billion. Put together, the market capitalizations of both are worth $864 billion.

Meaning that bitcoin is larger than the two of them combined. In fact, BTC’s market cap is nearly $200 billion more, with $1.133T as of writing these lines.

Interestingly, Visa and Mastercard have taken pro-cryptocurrency approaches since recently as both announced plans to enable direct digital asset purchases on their platforms.

While still comparing bitcoin with financial giants, let’s take a swing at US-based banking behemoths – those who have criticized the primary cryptocurrency the most throughout the years.

Meaning, their combined number is $818 – as mentioned above, significantly lower than bitcoin. So, let’s add more. With the addition of the next two banks from AssetDash – Wells Fargo ($167 billion) and Citigroup (151 billion) – they are finally able to match BTC’s market cap at over $1.1 trillion.