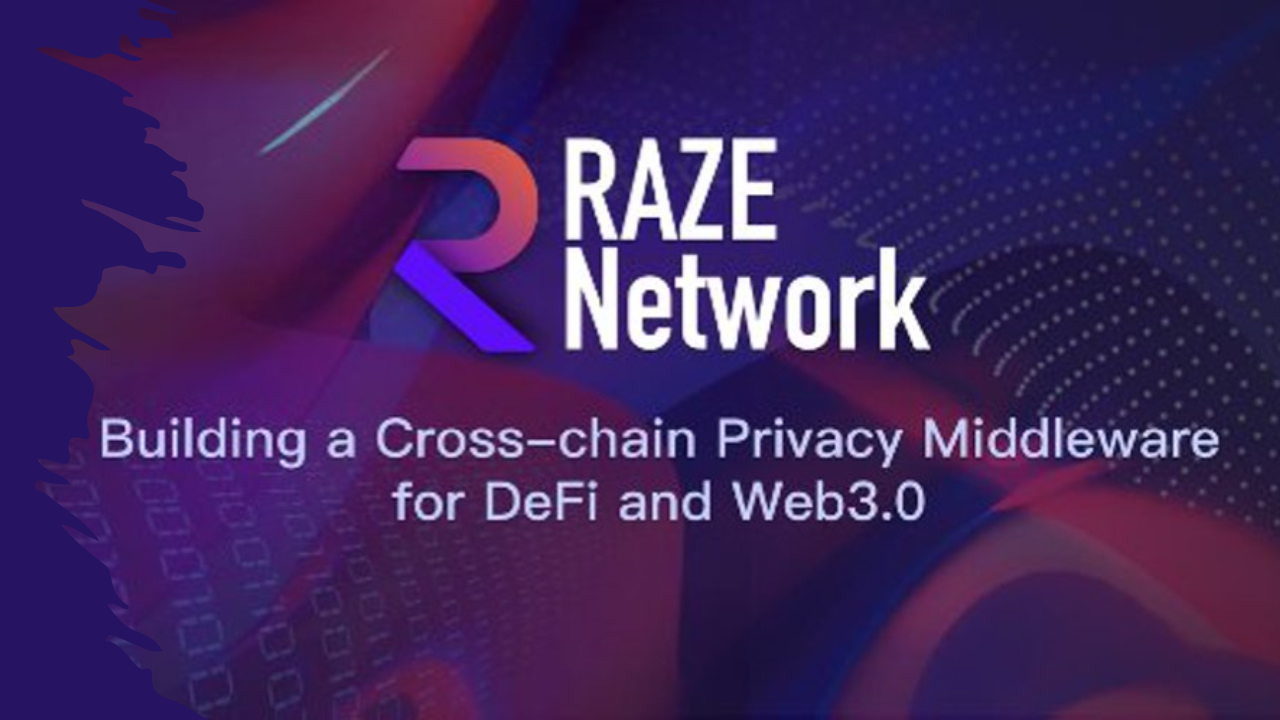 Raze Network is releasing its $RAZE token from April 12. It’s among the notable token listings on the booming Polkadot blockchain.

The burgeoning Polkadot ecosystem is getting closer to yet another milestone as Raze Network has shared the details of its upcoming “initial DEX offering” (IDO). It will be the first offering of this type for a Polkadot-based cross-chain privacy protocol.

The triple DEX offering of Raze governance token, aka $RAZE, will be hosted by Bounce, Poolz and DuckStarter (April 12–13). Raze utility tokens will be among the notable IDOs for these platforms that pioneer the usage of cross-chain pools in decentralized fundraising.

The trustless decentralized privacy protocol has also studded list of other industry backers, who participated in its $2.2 million seed and private funding rounds. These strategic investments into Raze Network reflected the faith by these firms in its decentralized anonymous module that underpins all the DeFi stack of the Polkadot ecosystem.

With the successful conclusion of the strategic sale, Raze Network is set to div into the next phase of the community distribution round to fulfill the demand for Raze tokens. Specifically, its upcoming IDO will be followed by a public distribution sale on Balancer Liquidity Bootstrapping Pool.

Raze will soon be releasing details on the whitelisting process, the number of whitelisted addresses, maximum allocation, and minimum allocation which will be communicated through their social media platforms.

Raze Network is believed to be one of the most promising projects building a second-layer decentralized anonymous module. Applying zkSNARKs to the Zether framework, the startup aims to preserve payment and trading privacy while protecting the transparency of users’ assets and behaviors from surveillance.

Somewhere down the line, Raze will improve the liquidity of a high-speed blockchain like Polkadot, partially thanks to its cross-chain interoperability with chains such as Ethereum. The platform also provides economic scalability by supporting trading, anonymity mining for all DeFi products in the Polkadot system.

Following its token public sale, Raze Network will continue to bring in further use cases to its ever-expanding suite of products as it strives toward providing DeFi users with reliable services for protecting their data and transactions.