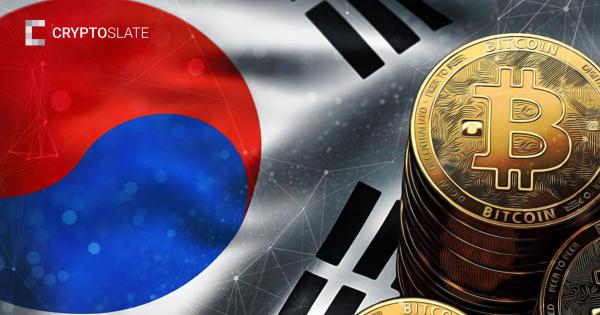 “There is a need to pay special attention to the occurrence of illegal activities using virtual assets,” said Koo Yun-cheol, head of the Office for Government Policy Coordination, at a vice-ministerial meeting on Monday.

Per the report, the Financial Services Commission will focus on improving and strengthening surveillance over “virtual money” withdrawals conducted with the help of local financial institutions. The latter will be required to monitor and detect any signs of potential money laundering and report them to the Financial Intelligence Unit.

The regulators also plan to closely watch any illegal transfers of cryptocurrencies out of the country. Meanwhile, the state tax agency will focus on detecting any attempts at tax evasion via digital assets.

As CryptoSlate previously reported, crypto trading is currently booming in South Korea as locals are even prepared to pay the so-called “Kimchi premium” to get their hands on digital assets. Per Yonhap, the price of Bitcoin recently exceeded $72,000 (80 million won) while the coin was trading at around $56,000 across the world.

This is because unlike equities, which are traded on a central exchange, crypto exchanges are decentralized and prices on the can vary. The “Kimchi premium” is one such example, relating to South Korea, where the price of an asset can differ drastically in some regions due to different market dynamics and supply/demand compared to other regions.

Last week, the Bank of Korea Governor Lee Ju-yeol also reportedly warned the public about cryptos’ high volatility which, in turn, can potentially lead to financial instability when excessive amounts of cash are being pumped into digital assets.