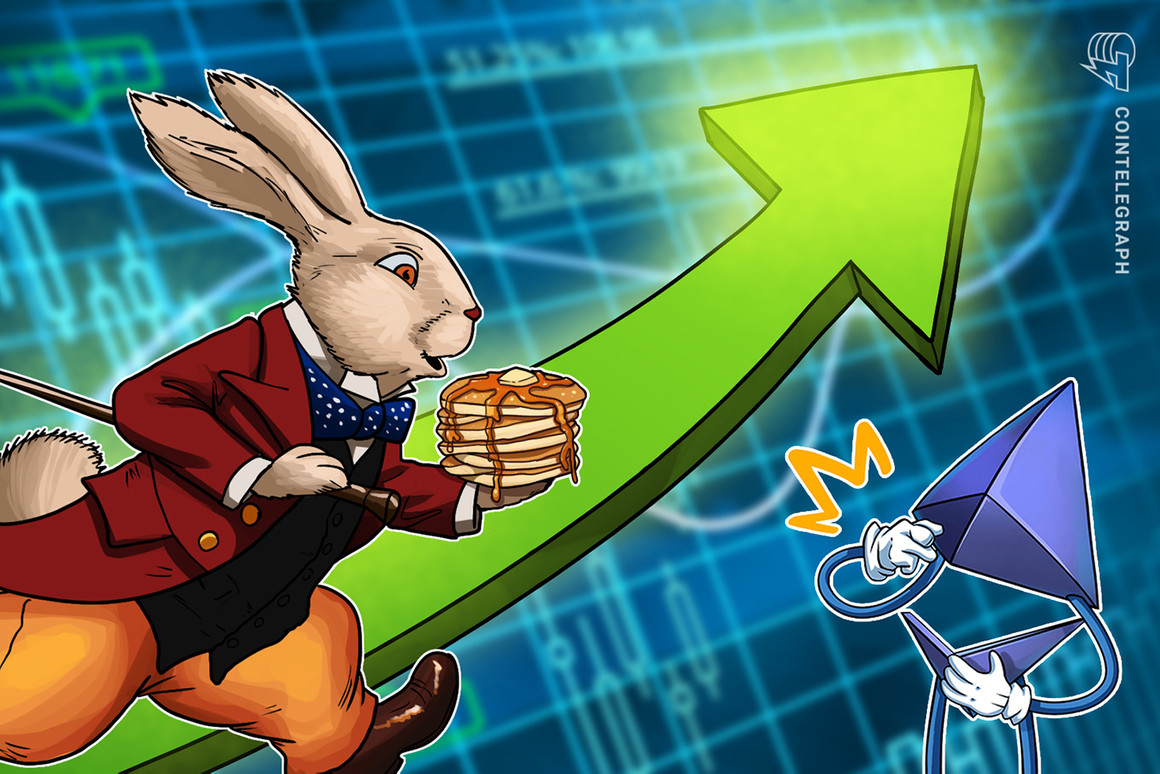 Chef Hops, one of PancakeSwap’s anonymous co-founders, told Cointelegraph that user retention has been at the center of their platform’s tremendous success.

“PancakeSwap’s main strength has been being lucky enough to have an insanely supportive community, in addition to low fees, and a focus on making the most user-friendly, fun experience possible,” they said, adding:

“User retention is extremely high overall, stemming from the fact that it is very hard for users to return to an environment in which they are paying 100x more on transaction fees alone.”

PancakeSwap is the first billion-dollar project to launch on the Binance Smart Chain, which is a testament to the growth of decentralized exchanges. The price of CAKE, the platform’s native token, has skyrocketed more than 4,500% since the start of 2021. It currently trades at $28.00, having gained 17% over the past 24 hours.

Like Uniswap, PancakeSwap provides an easy entry point into the emerging world of DeFi. Investors looking to capitalize on volatile but potentially rewarding DeFi projects flock to these decentralized exchanges in hopes of acquiring assets before they’re listed on major exchanges.

In terms of daily volume, PancakeSwap is reportedly the third-largest decentralized exchange behind MDEX and Uniswap.

PancakeSwap recently announced that it plans to migrate to version-2 of its protocol on Friday, April 23, 2021 beginning at 5:00 a.m. UTC. “After the migration, PancakeSwap will stop giving out rewards for the old type of LP Tokens, and start giving rewards for the new type of LP Tokens,” the company said. Users will have the opportunity to vote for one of four fee structures.

Chef Hops described version 2 as a “fridge full of goodies” as opposed to a single product offering. That means users can expect “new product offerings and user incentives/rewards along with adding new ingredients to some of our existing products in order to take them to the next level.”

ETH Whale “Galion” Has Gathered $3 Million Worth Of Shiba Inu

Vitalik Buterin’s Book “Proof Of Stake” Is Finally Out After A Decade!

Bitcoin Will see a Major shift in the Coming Days – BTC Price Might Hit These Potential Levels !!

💯This partnership will bring you an exclusive collection of #NFTs