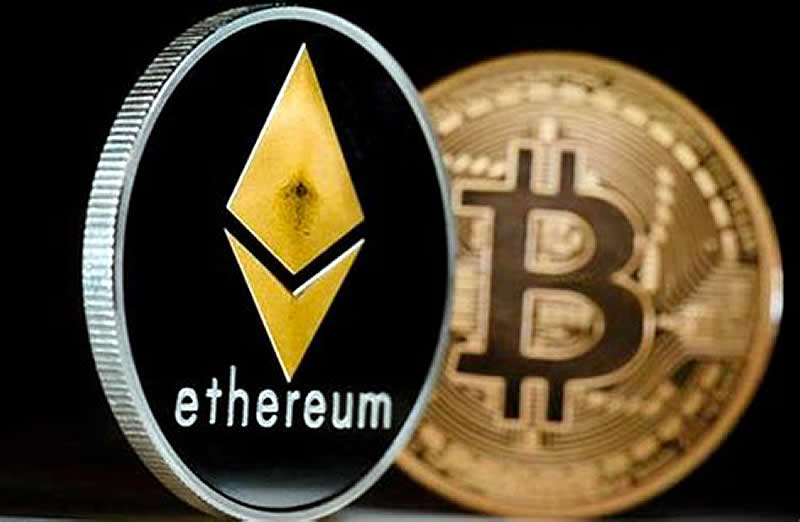 In a note to investors on April 27, analysts at U.S. banking giant JPMorgan appear to have turned extremely bullish on Ethereum, noting that it has beaten its big brother in terms of gains this year.

In April so far, Ethereum has made 45% to current levels whereas Bitcoin, which has seen market dominance slump to 50%, has actually declined 9% over the same period.

JPMorgan pointed out that there is an inherent difference between the two assets with BTC being the store of value and ETH being a technology and the backbone of the entire crypto-native economy, functioning as much more than a medium of exchange.

The fundamental value drivers for Ethereum & ETH were set in motion a long time ago.

Only now is the world finally waking up to them & accepting the inevitability of Ethereum.

Cheers to those who had the foresight & conviction from early on – you now get to reap the spoils.

According to a Business Insider report, JPM analysts stated:

“To the extent owning a share of this [ether’s] potential activity is more valuable, the theory goes, ether should outperform bitcoin over the long run,”

The first reason it cited was a liquidity shock that hammered Bitcoin but Ethereum was able to weather it. Leveraged traders on derivatives markets were liquidated and Bitcoin prices plunged resulting in a correction of 27%. It rolled reason two into this stating:

“In a market with significantly higher spot turnover, it is plausible that the underlying base of long exposure [in ether] is less reliant on leverage in the form of futures and swaps [than bitcoin],”

Thirdly, the Ethereum network has long been characterized by a higher pace of transactions on the public blockchain than Bitcoin. This is likely due to increased activity on DeFi and other platforms, according to JP Morgan.

Bank strategists added that as a consequence, a higher proportion of ETH behave as if it is highly liquid when compared to Bitcoin – 11% versus 4% by some estimates over the past month.

“In a market with significantly higher spot turnover, it is plausible that the underlying base of long exposure is less reliant on leverage in the form of futures and swaps,”

In other words, Ethereum does not suffer the volatile price dumps caused by over-leveraged positions and has managed to outperform Bitcoin as a result.

Following its all-time high of $2,700 yesterday, Ethereum went on to hit another peak of $2,760 during early trading on Asian markets on Thursday.

At the time of press, ETH had retreated to $2,700 again but was still in a solid uptrend that has seen the asset gain 14% since the same time last week.

Bitcoin, meanwhile, had declined 2% on the day to trade at $53,730 after failing to break resistance in the $55K zone.