American YouTuber Jimmy Donaldson, better known as MrBeast, is embroiled in accusations that he tricked his followers into buying a pump and dump token. Refinable’s Initial DEX Offering (IDO) took place on Tuesday and was Polkastarter’s biggest launch to date, selling out in less than five minutes.

But some investors claim they were unable to sell their FINE tokens as the price started tanking. Others say they were unaware of buying at the peak price. Celebrity crypto endorsements have come increasingly under the spotlight in recent times. This latest incident with MrBeast has done little to help the issue.

Currently, there are three main NFT marketplaces. Opensea, Rarible, and SuperRare, which mostly use the Ethereum blockchain and are subject to high gas fees. With Refinable running on the cheaper BSC network, users now have a more accessible NFT option.

According to @defnoodles, the price of Refinable fluctuated wildly during the launch process. He added that users blame MrBeast for the technical difficulties encountered when trying to exit during the selloff.

FINEUSD opened trading to the public at $8.36. Within hours, a sharp decline tanked the price to $4.85. It has been grinding downwards since, bottoming at $1.73 today. 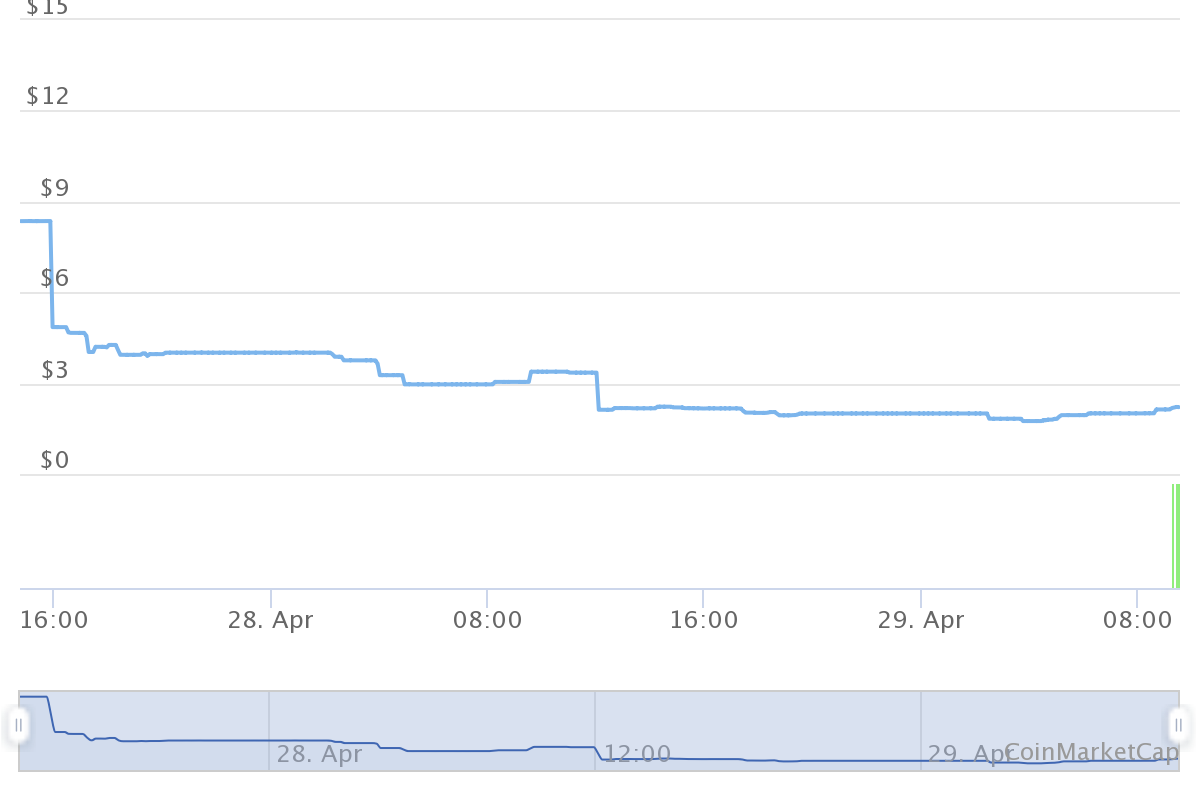 Some of MrBeast’s followers suffered heavy losses, having invested after seeing the YouTuber’s endorsement on promotional material. @defnoodles even mentioned some had lost their life savings.

Based on his philanthropic reputation, some believe MrBeast is also a victim in this. One Reddit user doubts he intended for this to happen, adding that influencers and cryptocurrency rarely make appropriate bedfellows.

“I highly doubt that MrBeast intentionally tried to screw people over, but he’s still involved here. As an influencer he should understand that him telling people to invest in crypto can have very bad outcomes.”

During the height of the Wallstreetbets movement in late January, early February, Dogecoin exposure in the mainstream also put cryptocurrency on many people’s radar.

Tech YouTuber Marques Brownlee took the opportunity to share what happens behind the scenes with influencers. In a video, Brownlee discussed a sponsorship inquiry in which he was asked to promote Tron via Twitter. But to make it not seem like a sponsored post.

“The more I read into this email the more sketchy it is. They mention they’re often referred to as the Ethereum killer. Whatever you say. And they need to make it look like it’s not a sponsored tweet.”

Tron CEO Justin Sun denied any wrongdoing, explaining it as the actions of an unknown affiliate.