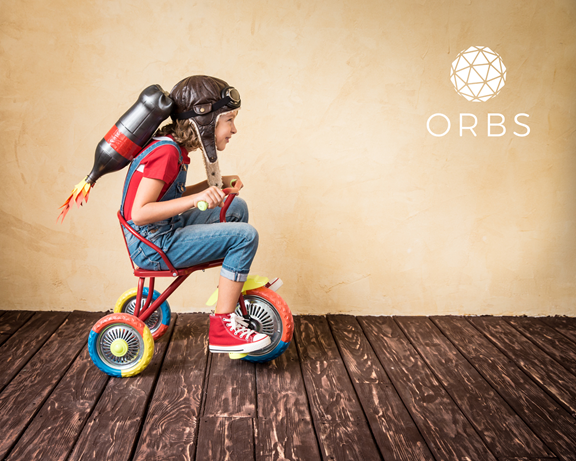 Israeli blockchain company, Orbs today said its ORBS token is available to trade on Binance Smart Chain (BSC). The move is yet another milestone in Orbs’ efforts to build bridges between complementary blockchains that will eventually bridge ORBS to multiple ecosystems.

With the release of this feature, ORBS holders will be able to leverage their tokens to participate in DeFi applications on the Binance network. At the same time, they tap into Binance’s ever-growing ecosystem that allows for cheap transactions and high scalability.

The BSC integration is also another step in growing token liquidity across multiple chains, while also preparing for the ability of other assets to live on the Orbs network.

ORBS, which has some $272 million in liquidity and around $1 million in 24-hour volume, was formerly only hosted on the Ethereum blockchain, which is currently suffering under increasingly high gas fees.

To kick-start this integration, Orbs is utilizing the cross-chain bridge infrastructure developed by multichain.xyz, which makes applications compatible with new and legacy systems. Effective today, ORBS tokens can be swapped from the Ethereum mainnet to the BSC mainnet and back.

Once the swap is complete, the ORBS token will be visible in the Binance Wallet connected to the service. From there, users can trade, swap, and interact with the associated token as they would with any supported asset in the Binance Chain.

The rapid rise of the Ethereum-based DeFi ecosystem has fueled the migration of many relevant applications to alternative blockchains. The trend has accelerated after the expensive gas fee on the Ethereum network has limited functionality and made many DeFi protocols barely usable.

Is BSC the Ethereum killer?

As the DeFi ecosystem continues its boom, Ethereum seems to be losing its market to Binance Smart Chain (BSC). Binance’s native blockchain has become the go-to alternative for many traders, onboarding millions of users at an eye-watering pace.

As a result of BSC’s rising popularity, BNB token price has skyrocketed to become the world’s third-biggest cryptocurrency, trailing only behind Bitcoin and Ether. Trading volume on Binance’s network has also outpaced that of Ethereum, a clear shift of the market to the new chain.

For Orbs, the main motivating factor for integrating Binance Chain is to give users new ways to use ORBS on various DeFi applications within the nascent ecosystem.

Orbs’ vision is to convert real-life businesses to blockchain at scale by turning the trust-enabling technology into mass-usage applications for many sectors.

The Israeli blockchain garnered attention earlier this year after partnering with Binance to fund a recently launched accelerator for decentralized finance innovation.

Named ‘DeFi.org,’ the incubator reviews submitted applications, even anonymous ones, and the one that fulfills requirements and receives approval gets the accelerator’s assistance.

Successful applicants receive many benefits and incentives including mentorship, funding from scratch and exposure to the DeFi community.

Upon receiving approval, they also get a “special consideration” if they apply to take part in Binance’s seed fund for Bridging DeFi and CeFi. In line with the sponsorship, Orbs also provides startups with a grant under the company’s Grant Program.