They see ETH rollin’: Why did Ether price reach $3.5K, and what’s next? 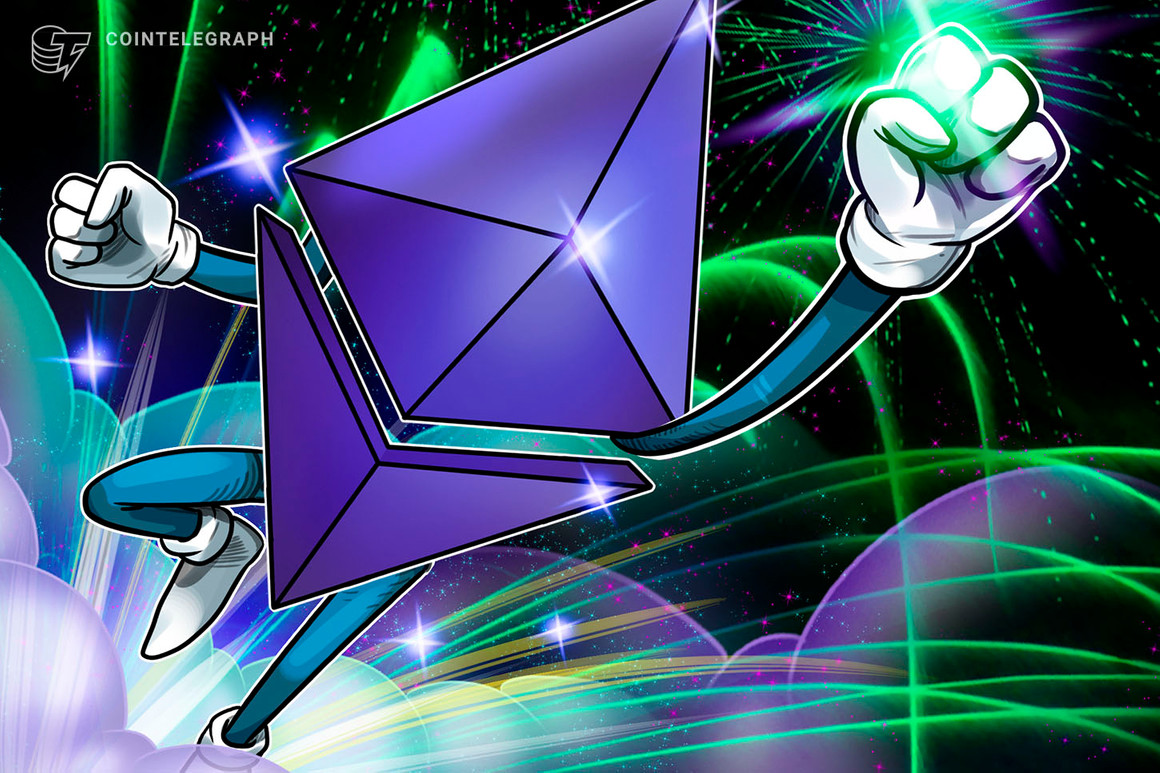 The next few months promise to be exhilarating and decisive for Ether (ETH), as its recent all-time highs above $3,500 put an even bigger spotlight on the cryptocurrency and its smart contract blockchain, Ethereum.

As the cryptocurrency markets continue to grow five months into 2021, both the preeminent Bitcoin (BTC) and a host of other blockchain projects and tokens have soared in value, chief among them being Ether. The second-biggest cryptocurrency by market capitalization has enjoyed a buoyant fortnight that has seen it rise to new heights.

Indeed, ETH went on a late-April surge, backed by several key factors that have led to a rapid price appreciation across cryptocurrency markets. The booming decentralized finance sector coupled with the burgeoning nonfungible token, or NFT, space have been attributed as major reasons for ETH’s price boom, as these technologies are mostly based on the Ethereum blockchain. However, the importance of the recently implemented Berlin upgrade and bullish ETH options traders has helped push the price of the network’s token even higher.

The booming price of ETH has also led to renewed talk of a fabled ETH–BTC “flippening,” which would see Ether overtake Bitcoin as the most valuable cryptocurrency by market capitalization. While that is still a long way off, as Ether’s $411-billion market cap is worth just 39% of Bitcoin’s $1.06-trillion market cap, ETH is increasingly catching up.

This is evident in the sheer amount of capital that is being poured into Ether by investors. CoinShares recently estimated that institutional investment managers and firms hold around $13.9 billion in ETH, with $30 million worth of ETH purchased in the last week of April and around $170 million bought over the past calendar month.

The question on the minds of cryptocurrency traders, “hodlers,” Ethereum proponents, DeFi and NFT users, and the wider community is fairly obvious: What lies in store for ETH over the next few months, and can the network keep up with the demand?

Maria Paula Fernandez, adviser to the board of directors of Golem Network — a protocol built on Ethereum’s second layer that facilitates computational resource sharing — told Cointelegraph that the next few months promise to be exciting given the growth up until this point.

While she was cautious to give an outright price prediction for ETH, Fernandez believes that the upcoming changes to the network will pave the way for further growth in value across the Ethereum ecosystem: “I’m in as much awe as everybody else, so out of abundance of caution, I’m having a hard time making predictions, but I can definitely say that $10k ETH is no longer a pipe dream but something that’s likely to happen.”

Fernandez agreed that the price of ETH could certainly go higher in the next two months leading up to the deployment of the hotly debated Ethereum Improvement Proposal 1559, which will form part of the London hard fork.

While the looming EIP-1559 will play an integral role, Fernandez said that Ethereum’s utility has already been proved as a better solution for various financial tools and that this is a key driver of the price of ETH. “The NFT fever coupled with 2020’s DeFi summer brought in swathes of new users and they are here to stay.” She added further:

“Now, 2021 has been proving to be the year of Layer 2 solutions, which alleviated the challenges with Ethereum’s scalability, and that, together with the incredible improvements on UX on the application layer which makes it easier to use an Ethereum-based app than, say, online banking, clearly proves ETH as fuel and as hard money for the open finance ecosystem.”

Nikhil Shamapant, a retail investor and medical resident, recently published a research report titled “Ethereum, The Triple Halving” in which he presented arguments for why he thinks ETH could see a meteoric rise in value to around $150,000 by 2023.

When asked by where ETH could be headed in the next couple of months leading up to the London hard fork, Shamapant provided Cointelegraph with an extremely bullish, and admittedly speculative, prediction for the smart contract blockchain’s native token:

“It definitely can go much higher, I think we can see the price go to $10,000, where a lot of ETH bull price targets begin to kick in and people take profits. I think we’ll head up to that $10-25k range, hit a lot of supply and could see some big drawdowns and consolidation at that point.”

Shamapant’s lofty long-term price prediction for ETH does need to be put into context. If the price of ETH were to hit $150,000, the market cap of the cryptocurrency would be around $17 trillion, considering that there is 115,764,316 ETH in circulation. Unlike Bitcoin’s finite supply of 21 million BTC, there is no supply cap for Ether, which is part of the reason that the network is looking to implement EIPs that introduce some sort of deflationary mechanism, like EIP-1559 — but more on that later.

As Shamapant unpacks in his report, things may well be ramping up as of May, but the current price of ETH and the burgeoning use of NFTs and DeFi could well be the catalyst of some serious growth for an ecosystem that he believes is still undervalued:

“NFTs and DeFi have shown a clear use case, but we’re still in the early innings. NFT quality is going to go up dramatically, DeFi usability will improve with scalability improvements to ETH2.0 — and yes, ETH is dramatically undervalued in this context.”

Fernandez gave a more subtle take on the current valuation of the Ethereum ecosystem and its native token, admitting that the network is finally realizing its potential, which is reflected in the price of ETH: “I don’t feel the network is undervalued. It was definitely undervalued before, and throughout the bear market — but I think right now it’s getting the recognition and visibility that it deserves.”

London looming on the horizon

The London hard fork of the Ethereum blockchain is expected to take place in July and will introduce EIP-1559. The upgrade has been both contentious and highly anticipated due to the changes it’s set to make to the structure of fees paid by users and earned by miners.

As Nick Johnson, lead developer of Ethereum Naming Service — a naming service for Ethereum wallets — explained to Cointelegraph, EIP-1559 will make some important changes to how fees are calculated and paid for on the blockchain:

“It [the London hard fork] will include EIP-1559, the much-anticipated rework of the transaction fee market, which will have a huge impact on user-experience sending transactions on a congested network. It will also make it possible for smart contracts to fetch the ‘base fee’ — effectively, the gas cost of the current block — which will make projects such as gas-price-derivatives and tokens possible.”

The major reason that EIP-1559 has also been labeled contentious is the built-in ETH burn mechanism that will destroy some of the Ether used to pay the associated transaction fee. This has had Ethereum miners up in arms, as receiving transaction fees has traditionally been an important incentive for miners to maintain the network by confirming transactions and bundling them into blocks.

Although EIP-1559 has met some opposition from miners, the upside promised by the reduction in fees will likely positively impact the price of and raise even more interest in Ether, which have both been nothing short of astronomical with DeFi platforms and decentralized application usage exploding in recent months.