A strong resistance level has trapped Ripple for over two months, resulting in the price flirting between $0.3 to $0.39 during that period. It seems that the continuation of the upward trend depends on clearing this barrier. However, it’s unsure if there is enough momentum for the bulls.

Analyzing the following daily chart reveals that the structure formed in the last two months has been textbook bullish, accompanied by the formation of higher highs and higher lows. However, it seems that these highs do not have the strength required in order to proceed further higher.

In a bearish scenario – Ripple will fail to break the key resistance and plunge towards support at $0.33 to retest it. A close below this level invalidates the bullish structure mentioned above. 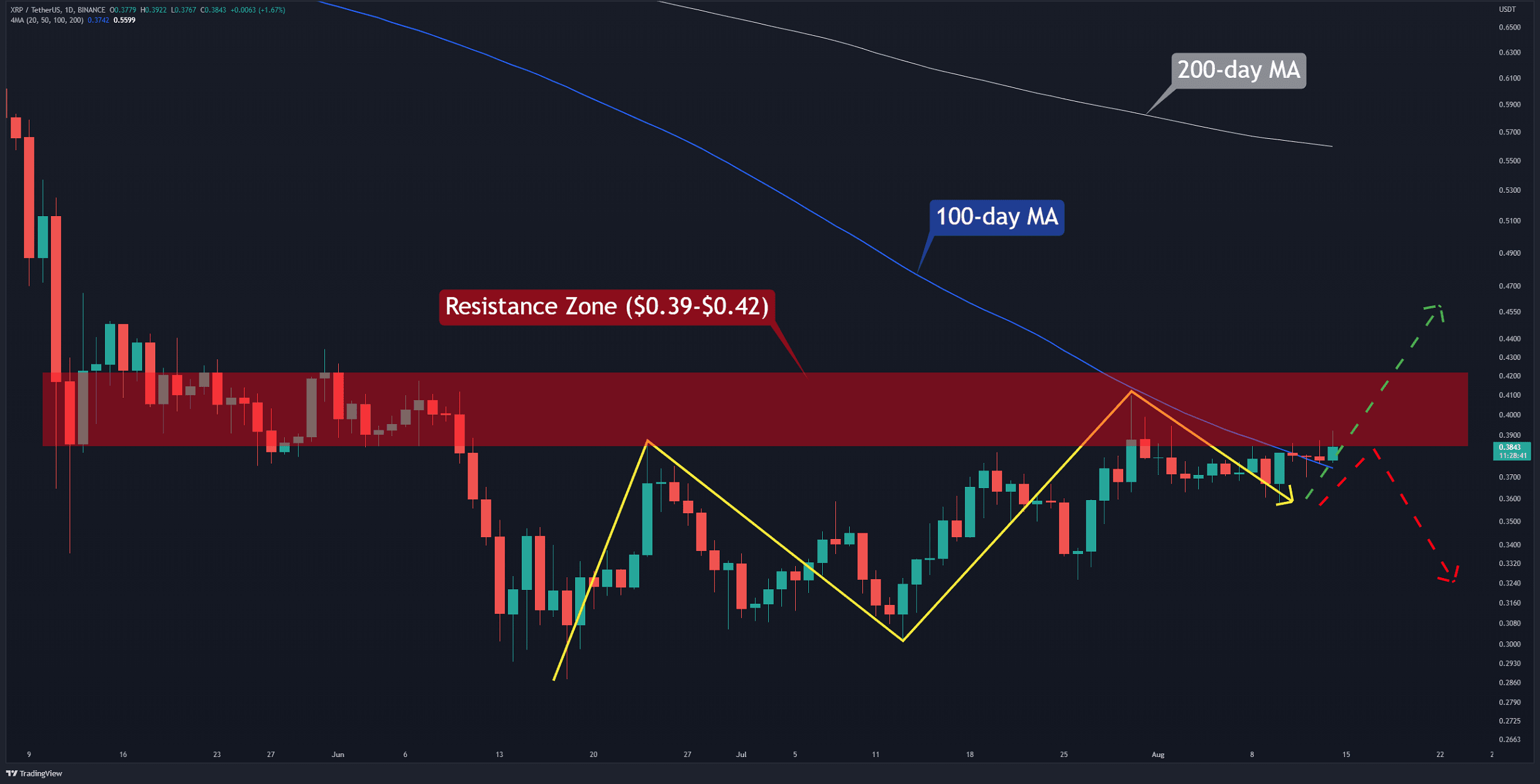 Against Bitcoin, the price fluctuates between the 100-day (in blue) and the 200-day (in white) moving average lines. The bears aggressively defend the horizontal resistance in the 1700 – 1800 SAT range. Similarly, the bulls did not let the price drop below the 1500 SAT zone (in green).

In conclusion, the sideways action is expected to continue as long as there is no break and close above/below one of the mentioned levels. 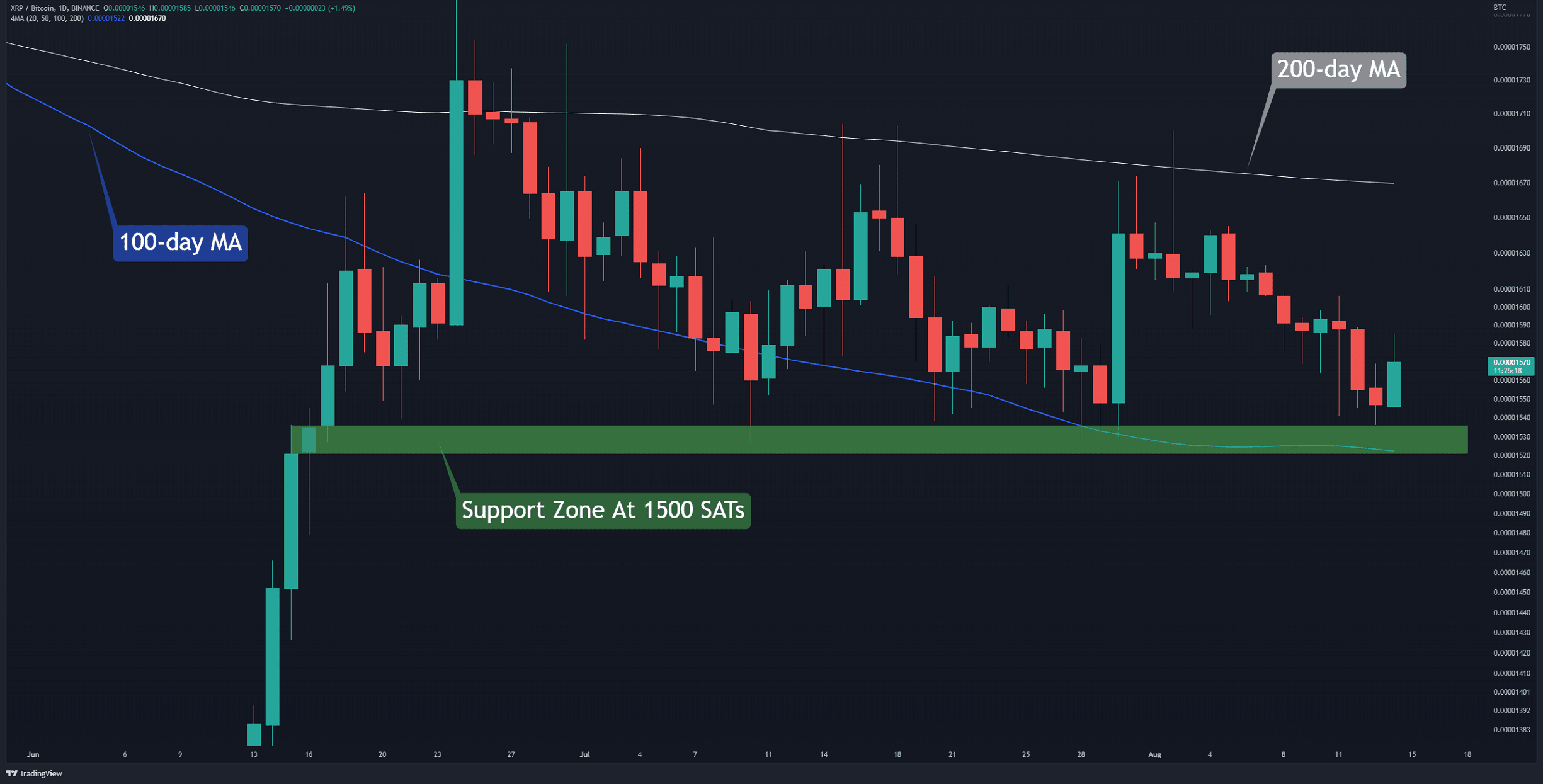