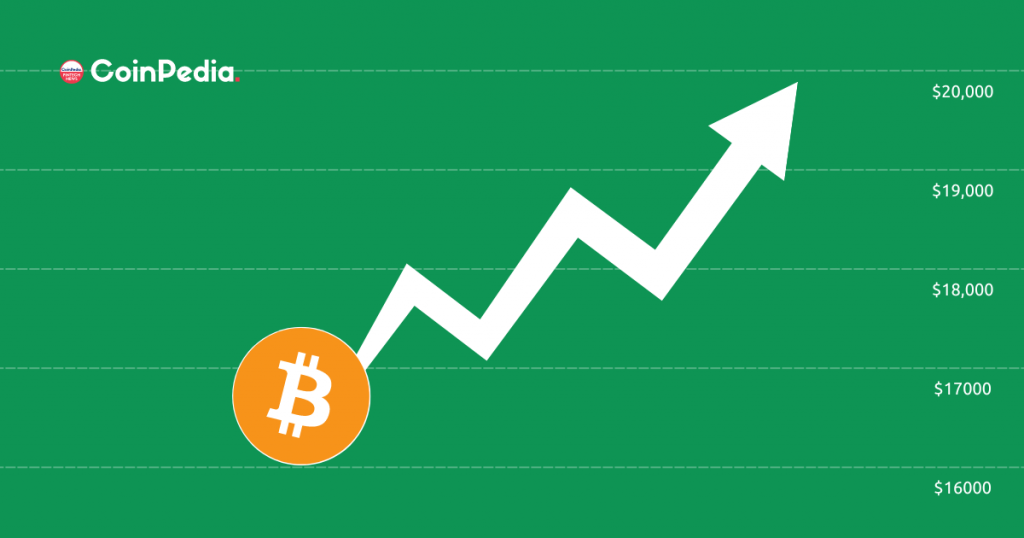 The post This is When Bitcoin’s (BTC) Price May Raise More Than 12% to Reach $20,000! appeared first on Coinpedia Fintech News

Bitcoin price yet again slashed below $17,000 after struggling to hold above these levels for a while. Meanwhile, the bears continue to remain moderately passive which denotes the possibility of a minor upswing shortly. Yet, the upswing is expected not only to reclaim the levels beyond $17,000 but also to uplift the price beyond the crucial resistance at around $18,500.

However, the BTC price may certainly not undergo a fine upswing as the bottoms are still not reached. Hence, the token is believed to undergo a fine recovery very soon, but only after a notable drop. A popular trader and analyst, Altcoin Sherpa, tells his 188K followers that the BTC price is about to spark a massive upswing beyond $18,000 only after the star crypto bottoms out.

“Overall idea: BTC has not macro-bottomed quite yet, but I think that we are going to see [its] price eventually go into the $18,000s. Would expect a breakdown there and will be looking for shorts. I think [altcoins] continue to do well for the next few weeks while this happens for BTC,”

According to Altcoin Sherpa, most of Bitcoin’s descending movements have disappeared recently, but he still believes that the bottoms may soon knock in.

“BTC: a bunch of neutral candles, nothing really to say about this. I think that the bulk of the immediate downtrend is over, but I don’t think this is the macro bottom. Still wouldn’t dismiss this going to $18,000- $19,000 before potential new lows,”