Will The Real Slim Shady Get an NFT? Eminem Curious About an NFT-Related Video on SNL 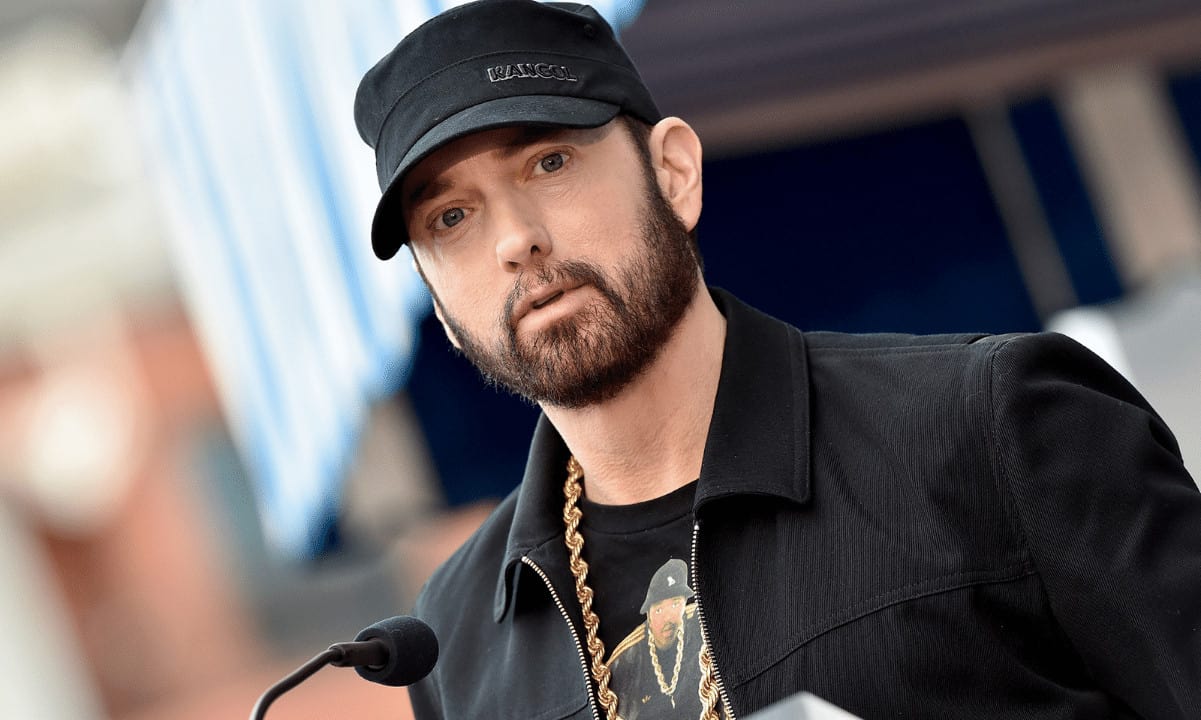 NFTs are undoubtedly one of the hottest trends in the cryptocurrency industry and have expanded to sportspeople, artists, and musicians. In fact, musicians were among the first to interact with non-fungible tokens and, according to a recent mysterious tweet, Eminem could be next in line.

Is Eminem Looking to Get on the NFT Wagon?

What do The Undertaker, Tom Brady, Pelé, Justin Sun, Lindsay Lohan, the Winklevoss twins, Logan Paul, Paolo Maldini, and William Shatner, among others, have in common? Apart from being well-known public figures, they have all been involved with NFTs in the past several months.

The massive demand for non-fungible tokens reached new highs and the popular TV show – Saturday Night Live – had a designated segment a few weeks ago. In it, an SNL actress portraying the US Treasury’s Secretary, Janet Yellen, was attending a classroom where she spoke about NFTs.

Among the “aspiring economists” in the room was a young man dressed like a superhero who had a question about non-fungible tokens. Actually, he was dressed as the hip hop legend Eminem from his 2002 iconic single – Without Me – and rapped the following NFT-related verse:

“Now, what the hell is an NFT – apparently cryptocurrency. Everyone is making so much money. Can you please explain what’s an NFT?”

The Eminem-lookalike, portrayed by Pete Davidson, added that “everyone is doing it” and asked for help in making an NFT of his own.

Although that video was aired in late March, it caught the attention of the 48-year-old Marshall Mathers now. Eminem, who is one of the best-selling music artists and also an Oscar winner, retweeted the video with a curious emoji.

While he’s undoubtedly a music icon known worldwide, Eminem actually refrains from receiving public attention when possible, as he has claimed numerous times before. As such, it would be somewhat surprising if he indeed decides to follow the current NFT craze.

Nevertheless, the SNL skit continued with an explanation of what non-fungible tokens are from an actor who played a combination between The Matrix’ Neo and Dr. Dre – Eminem’s producer and partner in the Without Me music video.

With the help of the high school janitor, Yellen understood that the non-fungible part means those products are unique, they are “insane, built on the blockchain,” and they can be sold as art.

Actually, being unique digital tokens, they address an issue that Eminem himself breached in another one of his songs – The Real Slim Shady. In it, the self-proclaimed Slim Shady rapped that he’s the Real Slim Shady and said everyone else trying to copy him was “just imitating” – something that’s impossible with NFTs.

So, even if the chances of Eminem releasing an NFT collection of his own are quite slim (pun intended), it would be massive for the industry as NFTs feel so empty Without Em.

What Cardano’s Vasil hard fork means for the blockchain