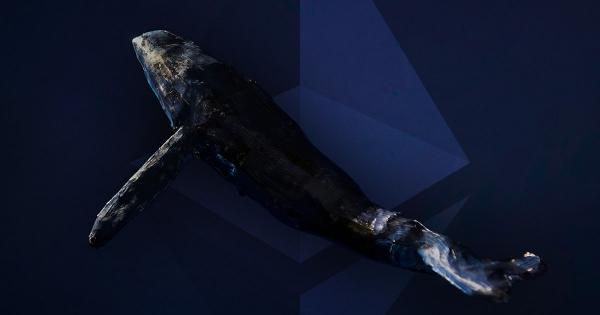 The second-largest cryptocurrency by market capitalization has been on a roll lately. Following one of the steepest corrections seen since the beginning of the year, Ethereum was able to bounce off to new record highs.

The sudden upswing seems to be correlated with a spike in the number of whales on the network. Ethereum’s supply distribution chart shows that roughly eight new addresses with 10,000 to 1,000,000 ETH joined the network in the past four days.

These figures may seem insignificant at first glance, but the rising buying pressure can translate into billions of dollars. These high-net-worth individuals hold between $26.70 million and $2.7 billion in ETH.

Although the recent bullish impulse could be met with an increase in profit-taking, on-chain data shows Ethereum sits on top of stable support.

Such a massive demand wall could have the strength to keep falling prices at bay in the event of a sell-off. Holders within this range may try to do anything to prevent their investments from going “Out of the Money.”

As long as the $2,315 support zone holds, Ethereum has a good chance of advancing further. But if this demand barrier were to break, a retest of the $1,900 interest area looks pretty likely given the lack of support in-between.