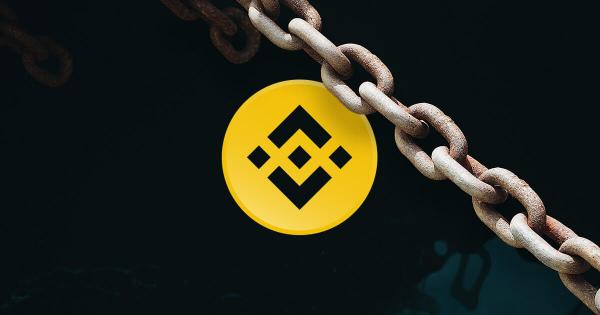 Binance Coin (BNB) has strengthened its market capitalization to position itself as one of the world’s largest cryptocurrencies. Following a 100% rally since the beginning of the month, BNB now ranks number three, behind Bitcoin and Ethereum.

The increasing demand for Binance Coin has been fueled by the success of Binance Smart Chain (BSC). Transaction volumes have surpassed those on the Ethereum blockchain, making speculators claim this protocol will become the world’s main settlement layer.

According to block explorer and analytics platform BSCScan, the daily transactions on BSC surpassed the 9 million mark on April 21, representing a 25,700x year-to-date increase.

Meanwhile, large investors have been accumulating Binance Coin at an exponential rate. On-chain data shows a significant increase in addresses with millions of dollars in Binance Coin, colloquially known as “whales.”

As the below image shows, roughly 28 new addresses holding 10,000 to 1,000,000 BNB have joined the network over the past three weeks, representing a 17% increase in that period. At current prices, these whales hold between $60 million and $600 million in BNB.

The Market Value to Realized Value (MVRV), which measures the average profit or loss of addresses that acquired BNB tokens, entered the “opportunity zone” on April 24. As it dipped below 0%, it signaled that Binance Coin was undervalued. Since then, this cryptocurrency has risen by more than 20%, while the 30-day MVRV rose to 13%.

Despite the gains recently incurred, BNB may have more room to go up. The last time the 30-day MVRV dropped below the 0% mark was in late March, followed by a 190% price rally.

When considering the rising activity on the network and the increasing demand from whales, BNB looks fundamentally strong.